Is Your Sales Forecasting Art, Science or Fiction? 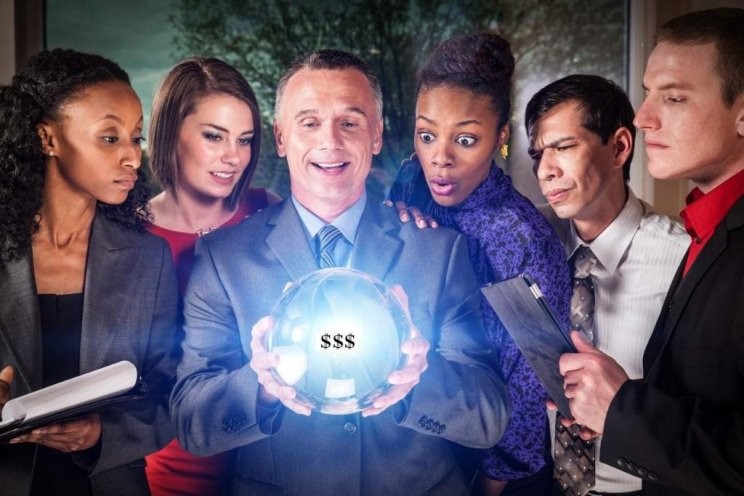 There is no dropdown selection in Salesforce.com called Fiction…… Commit, Forecast, Best Case, Probability but no Fiction…. There should be!

It turns out that in technology we sell to many different customer segments or sectors, which all have different dynamics when it comes to trying to predict when customers will buy.

3000 Forecast Calls to Get it Right

Over the course of my 30-year sales leadership career, I’ve probably done over 3000 sales forecast calls. The math is pretty simply…. 30 years x 2 forecast calls a week (one with my team and one with my boss) = @3000 forecast calls. And that doesn’t include the two a week calls (or two a day forecast calls) at the end of a tough quarter. But you get the idea, I’ve been asked to predict the future a lot!

Surely forecasting in the SMB, Cloud, Commercial, Public sector and Enterprise segments or sectors can’t all be the same. And if you’re a sales leader that owns more then one of these sectors, you’re forecasting job gets exponentially more difficult.

Let’s quickly explore the different market sectors and how sales forecasts get built using a combination of Art, Science and yes at times, Fiction.

In the SMB sector it’s really all about the math. Pipeline size x Close ratio gives you pretty good idea about how your customers and prospects will behave during any given quarter. There’s good science here and lots of historical data to help you understand the past, and so, predict the future.

And if your business is of a reasonable size, you’ll have lots of transactions that make up the pipeline, so no single deal will throw off the math and kill your forecast.

Generally, the decision-making process inside an SMB account is straightforward and sellers usually have direct access to the person making the buying decision.

I would often tell my SMB sales leaders to “Trust the Math”, it’s the best predictor of how your forecast will roll….

The new challenge in this space is the impact the Hyperscale Cloud providers (Amazon, Google, Microsoft) are having on the SMB market. It turns out SMB customers have been early adopters on the journey to the cloud, so even the SMB business is getting tougher to call these days.

In the Service provider or SaaS space forecasting is also scientific. At the start of every quarter a SaaS provider has a lot of recurring revenue that gets brought forward, so the sales forecast is really a combination of recurring revenue coming into the quarter, plus new revenue. Not easy, but more science than art for sure.

Life Gets More Interesting as the Deal Size Increases

As you get to the Commercial and Public sector segments, life gets more interesting. Both these markets are generally characterized by deals I would call singles and doubles. Yes, there are home runs here, but most of the transactions and small to medium in size and while the deals are more complex than in the SMB space, it’s still easy to get access to power inside the accounts to find out what’s really going on and determine when deals will close.

I’d say forecasting in these sectors is a combination of Art and Science. Science for the smaller deals that make up most of the sales forecast, and a bit of Art trying to predict how the bigger deals will go in any given quarter.

That is until you try to predict the future in large complex Enterprise deals.

Enterprise sales campaigns are much more complex and multithreaded then any other sector. Lots of decision makers and influencers in both the technical and economic/political selection processes.

The Harvard Business Review did some interesting research some time ago and concluded that the number of decision makers in an account has a direct impact on the timing of a purchase decision as well as whether a purchase will happen at all. The math here is not very forgiving and if you live in this space, you know what I mean (the more decision makers, the harder it is to get everyone to agree and make something happen).

Just before we go into some forecasting recommendations, lets circle back and look at how forecasting is actually done in most technology organizations.

Today most vendors use some sort of CRM (customer relationship management) software most often Salesforce.com to manage their sales funnel and forecast.

Every week reps are asked to make sure their sales funnel data is up to date. They’re asked to include all their deals and using a combination of deal size, probability and sales stage, submit a sales forecast that predicts what the week, month and quarter will look like. They’re asked to Commit a number and draw a line in the sand for their boss.

Some Reps Just Aren’t Close to Their Business

Now the world is made up of lots of different sales professionals. Some are happy to provide insight into their territories and funnel, while others will go to great lengths to hide the weenie.

Some reps are experienced and very close to their customers, while others may be new to the game or sell mostly though channel partners and don’t have a lot of interaction with the actual end users placing the order.

To make matters even more confusing, some organizations don’t have crisp definitions of what a Commit, Best Case, Upside or Pipeline deal is, so there’s lots of room for interpretation or Fiction (that word again) in the forecasting process.

Once a week, sales leaders get their teams together to go through the forecast. It seems like forecast calls are always a rushed affair.

Sales reps need to summit their forecasts by a certain time and day each week, which then rolls to a sales leader who vets the forecast, tunes it up or down, and sends it up the line to a regional or area leader who does the same thing. Reviews it, tunes it and passes it along…. Most people along the chain tend to be conservative and hedge their call down…just to be safe.

Some leaders won’t Commit a deal until they have a PO, while others don’t have enough pipeline, but don’t want to lowball the forecast, especially early in the quarter. So, they use Hope as their primary forecasting strategy to keep their boss off their back…. At least for a while.

Senior sales leaders usually make matters worse. At the start of the quarter most senior leaders expect their teams to call goal, and then go figure out how to make it happen.

By the time the forecast rolls up to the Top Dog, he or she doesn’t like the number much at all and applies their own best judgement (senior management code for Fiction) …. which is neither Art nor Science since they are a long way up the chain from where the deals are actually getting done.

Depending on the number of layers in the organization, and time zones covered by the sales teams, the whole weekly sales forecasting process is a stressful, hurried exercise that is generally no fun at all, especially if the forecast it not rolling up as expected.

Feels like a big game of broken telephone. And this whole process goes on almost 52 weeks a year!

So much time on forecast calls is spent going through the numbers and “Reporting the News” that there is usually very little time left to strategize on the big deals and figure out how to “Make the News” happen!

While there are a lot of moving parts, the biggest risk to the forecast is not actually all the hands that touch the forecast, but the Big Rocks that make up the forecast. These are the big deals that can make or break a forecast.

So, if the forecast review call is not the time to drill down into the big deals and crawl through them with the attention they deserve, when do sales teams inspect their big deals and really figure out how to win them. Surely there must be some focused, structured approach that most all sales leaders use to inspect and review the big deals that move their forecast the most.

Having completed over 3000 forecast calls and having just done a bunch of market research, I can tell you that MOST sales leaders don’t have a structured, repeatable process to inspect their Big Deals.

Instead, they grab time here and there while travelling with their reps, or on the phone at the beginning or end of their day, trying to get close to the deals that matter most.

Without a formal, structured inspection process that ensures the sales team cover all their bases and all the key decision makers and influencers in their large complex enterprise deals, the forecast is always a combination of Art, Science and Fiction.

So how can sales teams improve the accuracy of their forecasts and take some risk out of the whole process.

So is sales forecasting Art, Science or Fiction…. You decide, then go do something about it!

PS. Interested in winning more Big Deals? Here are the next steps…

Step 1. Watch this short video to learn the core principles (if you haven’t already) 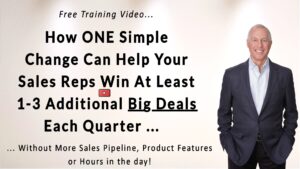 Step 2. Click here to schedule a call and let’s chat about how I can help 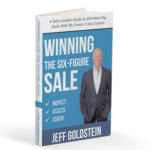 For more ideas about how you can help your team win big, read my new book Winning the Six-Figure Sale: A Sales Leaders Guide to WIN More Big Deals With my Proven 3-Step System.